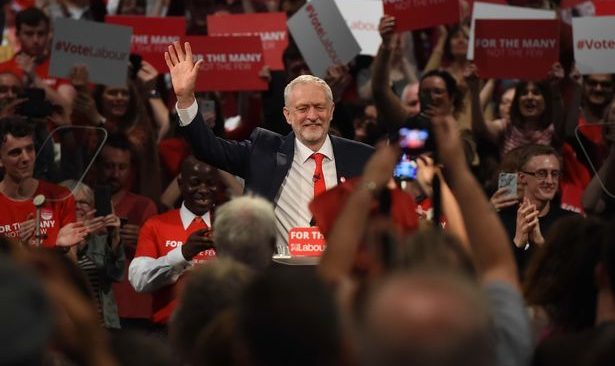 I’ll admit it: I was right about Jeremy Corbyn. And he was right, about hope over fear, about kindness over hate and, although it took me a while, I believe he was right on Brexit too.

The membership were right, twice, too, and here’s a football metaphor about how that felt.

Do you remember the 1990 World Cup? Not how good it is painted as now, but how it was seen before that David Platt overhead kick? The headlines were about how bad things were, not how memorable. It existed as one of the great last sorties of English hooliganism abroad, we were shown constant footage of it raining plastic glasses and plastic chairs in picturesque squares all over Italy. There’s a great a book by Pete Davis called All Played Out which is a fantastic, if depressing, read about how Planet Football is divorced from all reality and the lives of the fans. Davis quotes a distressed Englishman — no doubt dressed in too-small shorts — after a disappointing draw against North African opposition: “Fight you bastards,” he says, “like we fight for you.”

And, do you remember, how the Labour Party seemed from about 2010 until the election as leader of one Jeremy Bernard Corbyn? They were terrified to stand up to austerity, to reject the idea that they had broken the economy, to stand up for wages, for benefits, for the people of the UK. Good people as they may have been (and some have proven to be since) they were beaten in thought and deed. They had no fight. No fight for us.

But with this campaign, and this manifesto, and this hope that has been fostered by this Labour leadership, the fight is there. We are all in it together. They fight for us and we fight for them. But, more than that, we fight for the many, not the few. And that many includes people who voted against their class interests on June 8th.

A Labour government will be better for everybody, not just those who vote for it.

To get that government, we must eventually get the votes. We must fight for Jez and John and Barry and Dianne and Angela and on a local basis for Jess and Jack and even Wes. We must fight, and hope and fight and hope some more. We must do it for the sick and the young and the elderly, the poor and those doing just about ok. We must fight even for those that don’t seem to want it.

The fight is not just against the Tories, the election laid bare the idea of neutrality or balance in the broadcast media: but it also showed that almost all professional commentators know nothing.

Take my constituency, Oxford West and Abingdon — not a Labour win but a heavy Tory loss. Buzzfeed’s News Editor, Alan White, despite being from a supposedly ‘in-touch’ new media operation, is completely baffled by the result. He tweeted: “The Lib Dems overturned a popular liberal Tory with a 10k maj in Oxford but lost to Labour by 13k votes in Cambridge. Walk me through that”.

On the ground I could see it. I stood in the recent County Council elections for Abingdon North in May, where the Lib Dems took a clean sweep of the ‘Abingdon’ part of the constituency. In my district they put on 1000 votes (the turnout was up just over 1000) to overturn a Tory. We, without much of a ground operation in a very unlikely Labour area held our percentage and increased our vote — both pictures that were reflected in the General Election result. But, more that that, the idea that Nicola Blackwood was popular with the constituents didn’t hold any water at all. Local Facebook groups bristle at her lack of engagement and a voting record that shows she voted against gay marriage and for every cut the Tories wanted. There were tactical voting campaigns like I’ve never seen, Tory posters taken down or ‘modified’, and even politically ‘neutral’ anti-Blackwood leaflet deliveries.

The mood in the country was misjudged by almost everyone with a platform in the mainstream media. And we can’t let them forget that and go back to the cosy, clubbable, atmosphere that rejects the idea that change is possible. The old methods could not predict what was happening, and we cannot go back.

We cannot go back to anti-hope naysayers: the ‘moderates’, the Guardian columnists who said our boy and our ideas were unelectable, all the ‘balanced’ BBC journalists who had nothing but a withering word for a movement that had momentum. And yes, there were cowards that flinched, and those that sneered. And they were all wrong. Labour doesn’t — yet – have a majority but rightly we celebrate a fabulous result and a real gain on the road to a Labour government.

It would be great to see full support from across the right of the Labour party for the polices in the manifesto. However, the current shadow cabinet have done a brilliant job and are now just as (if not more) relevant and visible to the electorate than those in the public eye prior to 2015. Everyone has something to offer, but I think it’s right to make sure that anyone on the front bench is offering the right thing to the electorate and the party.

Willingness to serve is exactly what we need. But, no, there should be no change in front bench personnel unless it’s right for the country, the programme and this truly socialist manifesto.

We’ll all need to get together to try very hard to make the world a better place. It’s closer now than ever.

Join the absolute boy on the journey.

One thought on “I’ll admit it: I was right about Jeremy Corbyn”